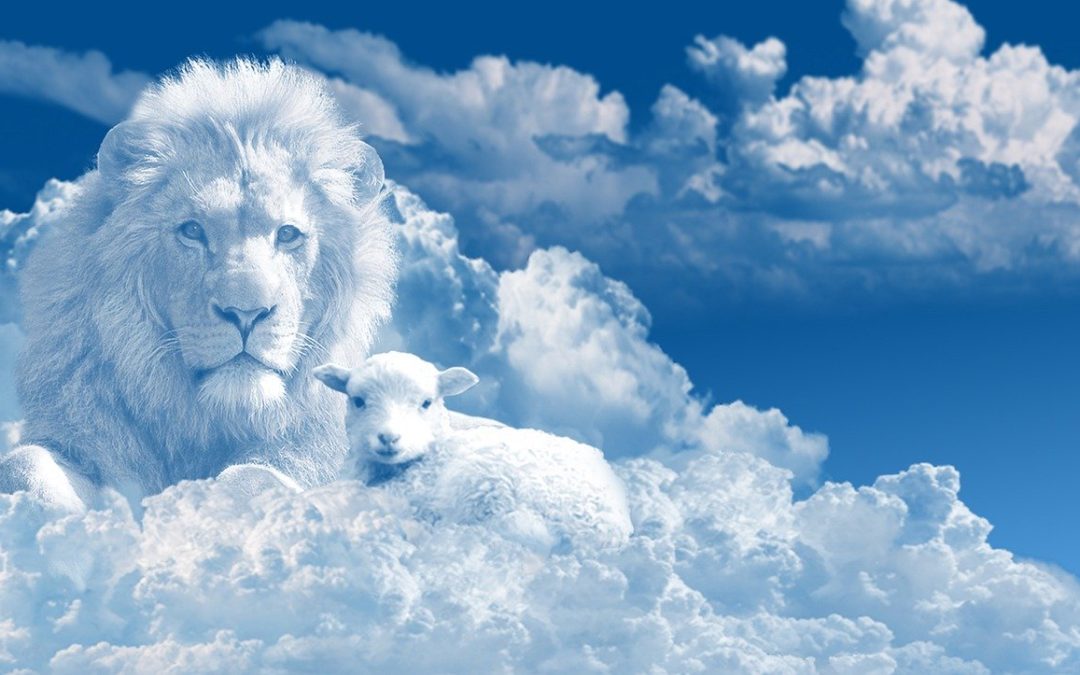 [Based upon Chapters 7-12 of GLORY REVEALED: Sisters of Lazarus, Book 2]

*Intro to the story: In the days leading up to Passover, instead of examining the lambs presented by the people, the priests were thrown off their schedule by Jesus ben Joseph, who had shown up each day in the Temple courts.

“Jesus ben Joseph is a trouble-maker!” Joktan fumed. “I wish an earthquake would split the ground beneath him and swallow him whole, just as it did when Korah, Dathan and Abriham opposed Moses and Aaron. If not for this man we would have been finished with our Temple duties hours ago and would be home by now.”

This day of Passover week was always busy for the Joktan and Abel along with the other priests and Temple leaders on duty at the Temple. On this day each year, the Temple was packed with people retrieving the lambs they had presented for examination as their Passover sacrifice.

Whatever time of the year, the priests had other duties in the Temple and they were not set aside because of the Passover examinations.

One daily burnt offering was the Tamid, the ‘perpetual sacrifice.’ Twice each day, at the third hour and again at the ninth hour, a male lamb—without blemish—was sacrificed in the Temple and was offered along with flour and wine.

The most holy of all days to the Jewish people was the Day of Atonement, known as Shabbat Shabbaton, “a Sabbath of Sabbaths.” On the tenth day of Tishri, the High Priest would enter the Holy of Holies to present a blood sacrifice for himself and for the people. The sacrifice was to avert Yahweh’s wrath for the sins of the past year and reminded all Jewish people that—in spite of all of the other sacrifices presented throughout the year—sin was never fully atoned for.

The priests and Temple leaders had developed a routine for handling the extra duties during Passover. This year, however, the Nazarene had showed up at the Temple each day. Instead of attending to their Temple obligations, Rabbi Annas and Rabbi Caiaphas—along with other priests and Temple leaders—had spent most of each day questioning Jesus, hoping to catch him in something that they could use against him. When not challenging the Teacher, they met to plot their next move to trap him.

Despite their collective years as elders of Israel, teachers of the Holy Scriptures and priests of the Temple, they were unable to determine a question or argument that would best this teacher from Nazareth.

Not only were they unable to trap him, Jesus ben Joseph did not appear to be impressed or intimidated by their position and authority. Just that morning, Abel had been tending the offering box and overheard Jesus commend the miniscule offering of a widow, declaring it of more value than the rich offerings of the wealthy Jews.

Since that first day he rode into Jerusalem to the cries of “Hosanna,” Jesus had come to the Temple, to openly denounce the Jewish religious leaders. Earlier that very day, while people were waiting for their turns to be present while the Passover lambs were sacrificed, Jesus entered in the Court of Gentiles. Spreading his arms wide, he said,

“The teachers of the Law and the Pharisees interpret the Law given to Moses. You must obey Yahweh’s Law and do what it tells you.” He pointed a finger towards Annas, Caiaphas and the group of priests who, hearing the crowd call Jesus’ name, had stopped their duties and crowded into the Court of Gentiles, open distain painting their features. “But do not do what they do,” Jesus ben Joseph had said, “for even they do not practice what they preach.

“They take the Law given to Moses and, by their interpretation, add to what Yahweh said and create heavy loads that they force men to bear, but do not wish to help these men.

“Everything they do, including the clothes they wear, is for position and for men’s honor. They love the place of honor at banquets and in the synagogues and love being revered as, ‘Rabbi.’”

With each word the Nazarene spoke, the countenances of Rabbi Annas, Rabbi Caiaphas and the other priests—including Joktan—grew darker. After telling the crowd about Yahweh being the only Father, that all men were brothers and encouraging the people to humble themselves, Jesus turned back to the priests with a vengeance.

“Woe to you, teachers of the Law and Pharisees. You are hypocrites. By substituting the Law of Yahweh with your wretched traditions, you have shut the Kingdom of Heaven in men’s faces. You do not wish to enter it and neither will you let those enter who wish to.”

Annas and Caiaphas gaped at Jesus’ words; before either could respond, he continued.

“You travel great distances to win a single convert to Judaism yet, after he becomes one, you make him twice the son of hell that you are.

“You are all blind guides. You say, ‘It means nothing if anyone swears by the Temple. But, if they swear by the gold of the Temple,’” he swept a hand towards golden plates on the white marbled walls of the Court of Priests gleaming in the sunlight, “‘he is bound by that oath.”

Caiaphas took a step towards Jesus, but stopped when the Teacher pointed a finger directly at him. “You blind fools! Which is greater: the gold, or the Temple that makes the gold sacred?”

His father was furious. “Who does this man think he is,” Joktan hissed, “that he addresses the leaders of the people thusly?”

Jesus continued criticizing the Tradition of the Elders, their tithes, their ceremonial washings, causing a gasp—mingled with quickly subdued laugher—to ripple around the courtyard when he likened them to the whitewashed tombs outside of the city. “These tombs look beautiful on the outside, but are full of dead men’s bones and all manner of uncleanliness. In the same way, you appear righteous, but are full of hypocrisy and wickedness.

“You built and decorated the tombs of the righteous. You say, ‘If we had lived in the days of our ancestors, we would have been on the side of the prophets and not on the side of those who killed them.’ But, by your very words and actions, you prove that you are descendants of these murderers.

“Listen! I am sending you prophets and wise men and teachers. Some of them you will kill and crucify; others you will flog in your synagogues and pursue from town to town. As a result, the righteous blood of these people will fall on you.

“Oh Jerusalem, Jerusalem.” Spreading his arms wide, Jesus turned in a wide circle, his voice echoing over the marbled walls to the city beyond. “You who kill the prophets and stone those sent to you, how often I have longed to gather your children together, as a hen gathers her chicks under her wings, but you were not willing. Your house is left to you desolate. For I tell you, you will not see me again,” he stopped and—arms still wide—lifted his gaze upward, “until you say, ‘Blessed is he who comes in the name of Yahweh.’”

According to the Law, three days before Passover, the Jews were to present their lambs to the priests. For the next three days, the priests would examine these animals, to determine whether they were flawless. If the priest found flaws—whether real or not—he would sell the animal’s owner a substitute.

Beginning with His Triumphant Entry, for three days, Jesus presented Himself at the Temple. Every day, while the Temple leaders were busy examining the sacrificial lambs, they also examined Jesus. They questioned Him about His actions, about His teachings, about His interpretation of the Law. The priests were determined, hoping to find some flaw, something to discredit Him, something that would condemn Him.

Despite all their attempts, however, the Temple leaders could find nothing; the priests would not be able to present a substitute. Jesus, our Passover lamb, was perfect. On the third day, when everyone came to retrieve their examined lambs, Jesus told the priests,

Father God, thank You for providing my Passover Lamb. A Lamb Who was so perfect that He did away forever with the need for future sacrifices. I look forward to the day of His return when we cry out, “Hosanna! Blessed is He Who comes in the name of the Lord!” Amen.