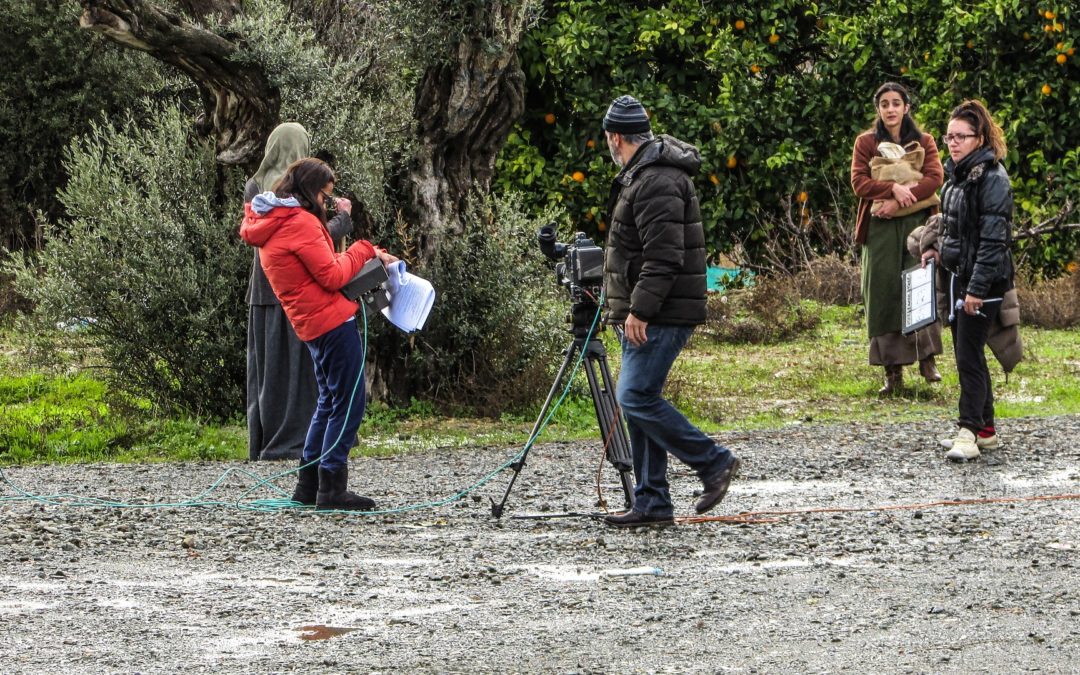 My hubby, who is a professional actor, told me about a simple conversation you hear on a film set among the tech crew.

When Techie A is handing a piece of equipment to Techie B, she will ask, “Yours?”

To which Techie B will respond, “Mine.”

This back and forth conversation is only used when the technical crew is handling expensive equipment, such as lights, camera, lenses, things that cost thousands—or often tens of thousands—of dollars. It’s a way that each tech person states that they realize the value of what they are being entrusted with and are ready to take care of it.

What if it were used at other times? Would it make a difference how we treat situations in life?

Such as the moment when a baby takes his first breath. God looks at the parents and asks, “Yours?” Would parents understand the weightiness of their responsibility of loving this child, of sacrificing for this child, of raising this child, before answering, “Mine?”

Fast-forward several years. That child goes to her first day of school. The parent looks at that teacher and asks, “Yours?” Would that teacher realize how important it is to not only present knowledge, but also empower the child with a thirst for learning, before answering, “Mine?”

Fast-forward a decade. That child is hired at his first job. The parent looks at the employer and asks, “Yours?” Would that employer realize that his responsibility is to not only make a profit, but to set an atmosphere in the workplace where this young man can learn to be a valued member of the company, before answering, “Mine?”

Fast-forward another ten years or so. That grown-up child, dressed in a white dress, walks down the aisle to stand by a young man. Two sets of parents look at the other person standing by their own child and ask, “Yours?” Would this young couple realize that weight of “for better, for worse; for richer and for poorer; sickness and in health, until death do us part,” before answering, “Mine?”

Fast-forward many decades. That woman is sitting by a hospital bed, holding the hand of the man she loves. She looks up at the heavens and asks, “Yours?”

Now. Here is the one time, when the other Person, the Creator of the Universe, the One Who created and loves both the person lying in the bed and the one holding his hand; this Person understands the weight of the question. He alone can take that precious soul to His bosom, and look into the eyes of the wife saying goodbye to her husband and say, “Mine.”