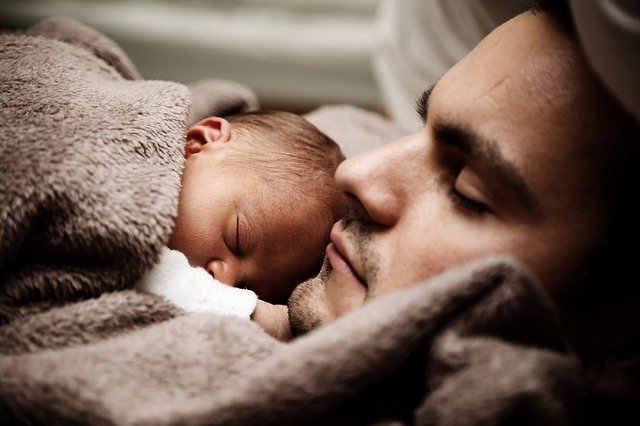 [Based upon Chapters 1-10 in SISTERS OF LAZARUS; Beauty Unveiled.]

*Intro to the story: Lazarus ben Jacob has invited his old friend, Judas Iscariot, to have supper at his and his sisters’ home. As Judas was traveling with the new teacher, Jesus ben Joseph, and eleven other disciples, Lazarus extended the invitation to the other men as well. After supper, the siblings and their guests went onto the rooftop to enjoy the cool night air and get to know this new teacher.

“Enough about our families,” Lazarus set his cup down on a small table and turned towards Jesus. “I would learn more about you. We have heard stories of you from many people; stories that liken you to one of the prophets of old. Some stories tell of miracles; the lame walking or people healed from various illnesses.”

“My wife’s mother was ill with a fever,” Peter said, “and Jesus healed her.”

“I’m thankful he did,” Andrew grinned as he took a cake from the platter Martha held. “Like Martha bat Jacob, Peter’s mother-in-law is a remarkable cook.”

Martha bowed her head, “Your words are kind.”

“Teacher,” Lazarus said, “my future father-in-law, Rabbi Nicodemus, told me he met with you last year.”

Martha touched Mary’s arm. They carried the platter and amphora of wine to a small table on the side of the roof and sat on two thick cushions to listen.

“He said he wanted answers for himself and for others,” Lazarus said. “He did not identify who ‘they’ were, but I suspect one is his friend Rabbi Joseph bar Neriah, from Arimathea. Rabbi Nicodemus said he believes you are a teacher sent from Yahweh. He told me some of the things you spoke about including…” Lazarus spread his hands, “‘a new birth?’” He smiled slightly.  “I honor him, but the rabbi is growing older. It would appear that he did not hear you correctly.”

“No,” the young teacher set his cup down. “He heard my words correctly. I told him that no one would see Yahweh’s kingdom unless he is born again.”

“Please forgive me, Teacher,” Lazarus shook his head, “I have no problem understanding the kingdom of Yahweh. What Jew does not pray for Yahweh to return Israel to the glory of King David’s reign? But this, ‘new birth;’ how is that physically possible?”

“Lazarus, no man can enter Yahweh’s kingdom unless he is first born physically and then born spiritually.” Jesus looked his host. “Everything on earth is born of its own nature. Human children are born of human parents. In the same way, spiritual things are born from the Spirit of Yahweh. To enter Yahweh’s kingdom, you will have to be born the first time, as a human, and then born the second time, from above.”

Lazarus thought for a moment and then shook his head, spreading his hands. “I still do not understand how someone gets this ‘new birth’ you speak of, Teacher. Where is this, ‘above’ and how does one get there?”

The Teacher did not respond in frustration over her brother’s lack of understanding. He smiled gently and leaned in. “Lazarus, no one has ever gone into Heaven except the one who came from above—from Heaven—except the Son of Man. Do you remember the story of the bronze snake?”

Mary nodded along with her brother. It was a story that every Jewish child learned almost as soon as they were weaned.

“After Yahweh delivered the children of Israel out of Egyptian bondage,” Lazarus said, “they disobeyed Him many times. Once, they spoke against Moses and Yahweh, complaining of Yahweh’s deliverance and His care for them.

“As a punishment, Yahweh sent venomous snakes came into the camp. Many people died. The people cried out to Moses, asking him to pray that Yahweh would forgive them.”

Jesus nodded. “Then Yahweh instructed Moses to make a snake out of bronze and put it on a pole in the middle of the camp.”

“When a person was bitten,” Lazarus said, “all they had to do was look up at the bronze snake and they would live.’”

“It was more than merely looking up at the bronze snake, Lazarus. They had to believe that, by looking at the snake, they would live. In the same way, the Son of Man must be lifted up. If anyone believes in him, they will have eternal life.”

“For Yahweh loves the world so much,” Jesus’ voice took on an intensity, echoing across the rooftop, “that He sent his only Son, and whoever believes in Him will not die from their disobedience, but will have eternal life.”

Her brother stared at the Teacher for several moments; then he spoke. “The Son of Man? The Son of Yahweh? Death? Eternal Life? I have never heard teaching like this before. I am sorry, Teacher; I am trying, but I don’t understand.”

“Do not worry, Lazarus ben Jacob.” The wind shifted the clouds away from the moon. In the orb’s soft light, Mary could see that Jesus’ smile was gentle and understanding. “You will understand.”

We throw the word, “Love,” around so casually. “I love roses.” “I love chocolate.” “I love football.” “I love this show or that artist/actor.”

One reason for this flippant use of the word is that, in the English language, we have only one word to represent the broad spectrum of affection. In Greek, there are six different words that represent love: Eros is sexual passion; Philia is deep friendship; Ludus is playful love, such as between children or flirting between young lovers; Pragma is long-standing love, as between couples who have been married a long time; Philautia is love of self, both the unhealthy narcissism and the healthy love that broadens your own capacity to love; Agape is selfless love. Agape would later be translated into Latin as caritas, which is the origin of our word “charity.” In his book, “The Four Loves,” C.S. Lewis referred to agape as “gift love,” the highest form of Christian love.

It was this agape love that Jesus referenced in His discourse with Nicodemus in John 3. John would later write that, “God is love.” Rather than think of ‘love’ as a character trait of God, I prefer to think of it as an appositive for God.

With that thought, I see “love” in John 4:8 as an appositive for God; God and love—agape—are interchangeable. Taking this thought further, it’s interesting to go through the Bible and insert “Love” for “God” or “LORD.”

“In the beginning, Love created the heavens and the earth.”
(Gen. 1:1)

“Then the LOVE said to Abraham, ‘Why did Sarah laugh and say, “Will I really have a child, now that I am old?” Is anything too hard for the LOVE? I will return to you at the appointed time next year and Sarah will have a son.’”
(Genesis 18:13-14)

“…O great and powerful Love, whose name is the LOVE Almighty,

great are Your purposes and mighty are Your deeds.”

These sound wonderful; however, let’s look at other scriptures.

“Abraham answered, ‘Love Himself will provide the lamb for the burnt offering, my son.’”

“If we are thrown into the blazing furnace, the Love we serve is able to save us from it,

and He will rescue us from your hand, O king.”

“For Love so loved the world, that He gave His one and only Son,

that whoever believes in Him shall not perish but have eternal life.”

Many people describe God as being loving and Jesus as meek and mild; the Good Shepherd. In their concept, He is the source of good things and when faced with hard situations, they question, “How can a God of love,” they ask, “allow all the sorrows and tragedies in the world?”

The truth is that God is Love and that He has our best at His heart; sometimes, that best is brought about through hard times. The older I get, the more I can look back over my life and see the hand of God moving in different situations. However, in many of these times my prayers did not get answered the way I prayed. In fact, many times I had to face tough situations while continually reminding myself that God had not abandoned me, that He still loved me, that He was working everything for my good; even when I didn’t understand.

Another thing we need to remember is that, while we have a personal relationship with God and Jesus, it is not all about us. God’s plans are broader than our plans; we are only a small part of His plans. We need to remember that the scripture says, “For God so loved the world.”

Father God; God of Love; Jesus Christ, Love Incarnate: Thank You for being Love, real Love. The Love Who knew all the days of my life before the foundations of the world. Thank You for Your loving hand on my life, for all the blessings You have given me. I ask that, when the clouds of life descend, and I can’t see You, help me to hold tight to Your hand; knowing that Your Love is holding me near.