DEVOTION 7: “IT. IS. FINISHED. GLORY REVEALED” 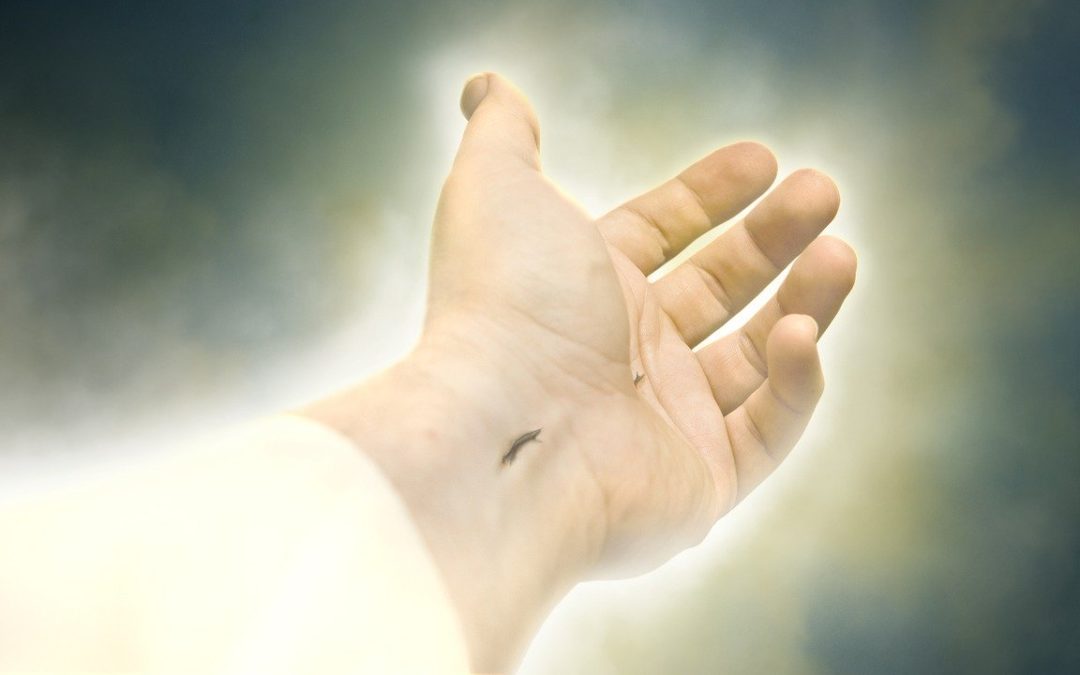 [Based upon Chapters 19-25 of GLORY REVEALED: Sisters of Lazarus, Book 2]

For the final devotion, I wanted to share some of the prophecies of our Messiah, followed by snippets from GLORY REVEALED, and then the fulfillment of the prophecy in the Gospels.

The serpent would bruise the seed of the woman.

Prophesy: “And I will put enmity between you and the woman, and between your seed and her Seed; He will bruise your head, and you shall bruise His heel.” (Gen. 3:15)

From GLORY REVEALED: “When I am lifted up,” Jesus said, “I will attract all peoples to myself.”

Jesus’ words drew the crowd’s attention back to him. Every Jewish child learned the story of Moses ‘lifting up’ the bronze serpent in the wilderness after the people sinned. However, the phrase was also used by many as a reference to execution, either by hanging or crucifixion.

“What are you talking about?” the woman near Jesus asked.

A man near Mary spoke up, “Are you saying you’re going—” he glanced towards the street where the soldiers had turned, “to die?”

“Wait!” another man said. “The prophets and Holy Scriptures state that the Messiah will live forever. How can you say the Son of Man will die?”

“And who is this Son of Man, anyway?” a woman on the other side of the crowd demanded.

“‘In my vision at night I looked, and there before me was one like a son of man, coming with the clouds of heaven.’”

At the voice quoting Daniel’s prophecy, Mary’s head spun like the whorl of a spindle. Standing on the edge of the crowd was her cousin, Abel. He did not look at her or at anyone in the crowd; he glared at the Teacher.

“Jesus ben Joseph; are you claiming,” he asked Jesus, “to be the one spoken of by the prophet Daniel?”

Prophecy Fulfilled: “‘Now is the judgment of this world. Now shall the prince of this world be cast out. And if I be lifted up from the earth, I will draw all to Myself.’ But He said this to signify by what death He was about to die” (John 12:31-33).

Prophesy: “Even my close friend, whom I trusted, he who shared my bread, has lifted up his heel against me.” (Psalm 41:9)

From GLORY REVEALED: Nicodemus nodded mutely and then touched his son’s arm. “Look over there. By the wall.”

Michael turned to follow his father’s gaze to the courtyard’s western wall, near the underground passage which led from the fortress to the inner court of the Temple. There, in the shadow of the doorway stood a man.

Michael’s eyes widened. “Judas Iscariot!” he spat. “What is he doing here?”

As the Teacher’s disciples had shown up at his home, each had shared what they remembered of the events in the garden. While their descriptions varied to some degree, without fail, all remembered one thing: Judas had betrayed Jesus.

Prophecy Fulfilled: “Then Judas Iscariot, one of the twelve, went to the chief priests in order that he might deliver Him up to them. And after hearing this, they were delighted and promised to give him money. And he sought how he might conveniently betray Him” (Mark 14:10-11).

Jesus’ disciples would abandon Him.

Prophecy: “Strike the Shepherd, and the sheep shall be scattered” (Zech. 13:7).

From GLORY REVEALED: “I had to come. When the Temple guards arrested Jesus, we…” the disciple’s voice cracked, “we ran away.” His hands trembled on Michael’s arm.

Michael’s eyes widened. “You…ran away? You mean, you abandoned Jesus?”

Prophecy: “Many were astonished at Him—for His body was so disfigured—even His form beyond that of the sons of men.” (Isa. 52:14)

From GLORY REVEALED: Mary covered her face with her hands. She couldn’t bear to see what the soldiers, what the people—what their own priests—had done to the Teacher. Jesus, who had taught everyone about the love of Yahweh, had been beaten and tortured beyond recognition.

Prophecy Fulfilled: “But after scourging Jesus, he delivered Him up so that He might be crucified.” (Matt. 27:26).

Jesus was crucified between two criminals.

From GLORY REVEALED: “Your King of the Jews will have company today,” the centurion walked up to them. He nodded towards the other prisoners. “Those two are Joses bar Abidan and his brother Jachin. Those brigands were part of Barabbas’ rebellion last month.” He snarled.

“Barabbas killed six of my men before we captured him and nearly two dozen of his rebels. We have been crucifying several each week as a warning against those who would defy Rome’s authority.”

Prophecy Fulfilled: “And also two other malefactors were led away with Him to be put to death. And when they came to the place called ‘Skull,’ there they crucified Him and the malefactors, one on the right and one on the left.” (Luke 23:32-33)

Dividing and gambling over Jesus’ garments.

Prophecy: “They divide My garments among them and cast lots upon My vesture.” (Psa. 22:18)

From GLORY REVEALED: The soldiers saw to their horses’ needs and stacked their lances in a circle before settling beneath the crosses. One soldier brought out several skins of wine, another gathered the condemned men’s clothing, including the purple robe worn by the Nazarene. The centurion poured out dice from a leather bag while another carved the squares and circles for the Game of the King into the hard earth beneath the crosses.

Prophecy Fulfilled: “Then they said to one another, ‘Let us not tear it, but let us cast lots for it to determine whose it shall be’; that the Scripture might be fulfilled, which says, ‘They divided My garments among them, and they cast lots for My vesture.’ Therefore, the soldiers did these things.” (John 19:24)

From GLORY REVEALED: The Nazarene moaned as he pulled up for another breath. “I thirst.”

“Please!” Rabbi Nicodemus said. “Give him something to drink.”

“Why?” the centurion sneered. “He’s going to be dead in a few minutes.”

“And how much time will it take to give him one last drink?” Nicodemus glanced over his shoulder and then stepped closer to the officer. “That woman is his mother. Please.”

The centurion looked at the women gathered beneath the cross and then shrugged. “Why not?” He leaned over to pick up a wine skin and lifted it to his nose to sniff. He shivered. “I think this wine has turned to vinegar, but if he’s really thirsty, he won’t mind.” He handed the wine skin to Nicodemus. “There’s a sponge in the basket. Pour the wine over it and put it on a long stick. You can hold it up to your King of the Jews.”

Prophecy Fulfilled: “Later, knowing that all was now completed, and so that the Scripture would be fulfilled, Jesus said, ‘I am thirsty.’ A jar of wine vinegar was there, so they soaked a sponge in it, put the sponge on a stalk of the hyssop plant, and lifted it to Jesus’ lips.” (John 19:28-29)

Jesus would commit His spirit to God and His last words.

Prophecy: “Into Your hand I commit my spirit…” (Psa. 31:5). “They shall come and shall declare His righteousness unto a people that shall yet be born, that He has done this” (Psa. 22:31). The Hebrew literally reads, “For it is finished.”

From GLORY REVEALED: Jesus lifted himself once more to fill his lungs. “It. Is. Finished.” His voice was strong, ringing across the hilltop of Golgotha, echoing to the City of David below.

“Father, into your hands I commit my spirit.”

Jesus ben Joseph bowed his head. With a sigh, a final breath left his body.

Prophecy Fulfilled: “And after crying out with a loud voice, Jesus said, ‘Father, into Your hands I commit My spirit.’” (Luke 23, 46) “Therefore, when Jesus had received the vinegar, He said, ‘It is finished.’ And after bowing His head, He yielded up His spirit” (John 19:30). 27)

From the Fall of Adam and Eve in the Garden, to the prophecies of a deliverer for the enslaved Jews, to the prophesied Messiah; all of mankind—all of creation—was looking towards this moment.

There is more to the story of Passion Week: the burial; the sealing of the tomb; the excitement when Mary and the other women discovered the empty tomb; the Risen Christ; seeing Him multiple times over the next 40 days; the Ascension. All of that was encapsulated in the last words of Jesus on the cross.

His mission on earth was complete. Every sin was covered and mankind—through the redeeming power of His sacrifice—was restored to the Father.

Nothing more was needed from mankind. No more sacrificial animals, no more pouring out wine and oil, no more burning incense. Jesus’ death, burial, resurrection completed it all. All we have to do—all anyone has to do—is accept it.

Why did He do it? Why did Jesus suffer humiliation, torture, and death? For one reason:

“For God so loved the world.”

Thank You, Lord Jesus, for being our flawless sacrifice and laying down Your life for all mankind; for laying Your life down for me. Now—through Your death and resurrection—I can have a daily, restored life here with the Father and with You. I have the promise of eternity with You and the Father in Heaven. May all praise and glory be to Your Name. Amen.

As a special gift for the first two books in the SISTERS OF LAZARUS series, my husband Mike created this beautiful video.