“I CHANGED YOUR DIAPERS!” Miriam and the Challenge of Being Older 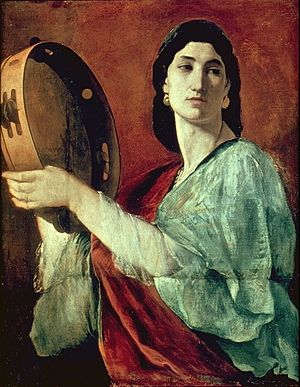 1 Miriam and Aaron began to talk against Moses because of his Cushite wife, for he had married a Cushite. 2 “Has the LORD spoken only through Moses?” they asked. “Hasn’t he also spoken through us?” Numbers 12:1-2 (NIV)

While reading the story of Miriam and Aaron complaining about Moses, an old phrase came to mind, “I changed your diapers!”

Some of you might have heard this phrase when you were a child, where a relative or family friend was merely referencing how long they had known you. “Look at how big you’ve grown! I remember changing your diapers!” Sometimes, however, the comment came during a serious discussion or argument. In these situations, the older person was using their age and experience as the basis for knowing more than the younger person. “Who are you to tell me insert arguement. I changed your diapers!”

Now that I’m an older adult, I have occasionally used a similar phrase—either verbally or mentally—to brush aside someone’s comments, opinions—or even position of authority—simply because I am older. In this case, I might have a lot in common with Miriam.

In the Bible, Miriam is described as Moses’ older sister and a prophetess. We are first introduced to Miriam in Exodus 2:

1 Now a man of the house of Levi married a Levite woman, 2 and she became pregnant and gave birth to a son. When she saw that he was a fine child, she hid him for three months. 3 But when she could hide him no longer, she got a papyrus basket for him and coated it with tar and pitch. Then she placed the child in it and put it among the reeds along the bank of the Nile. 4 His sister stood at a distance to see what would happen to him. Exodus 2:1-4 (NIV)

Numbers 26:59 states that Moses had no other sister besides Miriam:

59 the name of Amram’s wife was Jochebed, a descendant of Levi, who was born to the Levites in Egypt. To Amram she bore Aaron, Moses and their sister Miriam. Numbers 26:59 (NIV)

In Exodus 15, after Pharaoh’s army was destroyed in the sea, Miriam led the people in worship of God’s deliverance:

19 When Pharaoh’s horses, chariots and horsemen went into the sea, the LORD brought the waters of the sea back over them, but the Israelites walked through the sea on dry ground. 20 Then Miriam the prophetess, Aaron’s sister, took a tambourine in her hand, and all the women followed her, with tambourines and dancing. 21 Miriam sang to them: “Sing to the LORD, for he is highly exalted. The horse and its rider he has hurled into the sea.” Exodus 15:19-21 (NIV)

Notice that verse 20 describes Miriam as a prophetess. Adam Clark’s Commentary states: “Miriam is the first prophetess on record, and by this we find that God not only poured out his Spirit upon men, but upon women also; and we learn also that Miriam was not only a prophetess, but a poetess also, and must have had considerable skill in music to have been able to conduct her part of these solemnities.”

Micah 6:4 is another reminder of Miriam’s calling from God:

4 I brought you up out of Egypt and redeemed you from the land of slavery. I sent Moses to lead you, also Aaron and Miriam. Micha 6:4 (NIV)

So, Miriam was a poet, musician, and prophetess sent to the Hebrew people. Then we come to the situation in Numbers 12, where Miriam and her brother Aaron criticized Moses for marrying a Cushite woman, saying, “Has the LORD spoken only through Moses? Hasn’t He also spoken through us?” If Miriam was a modern woman, she might be saying, “I spent years working as a slave while Moses lived a comfortable life in Pharaoh’s palace! The LORD sent me to be a prophetess to the Hebrew people and then here comes Moses, telling us what to do! Who does he think he is? I changed his diapers!”

My first thought is, “Miriam, you want to know who Moses is? He was the man sent by the LORD, that’s who he is.”

Looking through the Bible, there are many instances of young people – or even children – being used by God. David was a youngster when God chose him to be king. The Jewish historian Josephus said that Samuel was eleven when God spoke to him in the Temple. Josiah became king of Judah when he was eight. Jesus was thirteen when He spoke with the teachers of the Law in the Temple.

The pastor at our church is getting ready to retire. The man stepping into the pastorship has been a member of our church since his teenage years; I have known him since he was in high school. When considering what our new pastor is bringing to the pulpit and position, I must remind myself that our age difference does not diminish the wisdom God has given him nor negate the position of authority God is placing him in. In his letter to Timothy, the Apostle Paul wrote:

12 Don’t let anyone look down on you because you are young, but set an example for the believers in speech, in life, in love, in faith and in purity. 1 Timothy 4:12 (NIV)

It appears that God looks upon people’s heart and devotion and not necessarily their age when selecting someone to fulfil His purposes; neither should we.