RICK LARSON and THE STAR OF BETHLEHEM 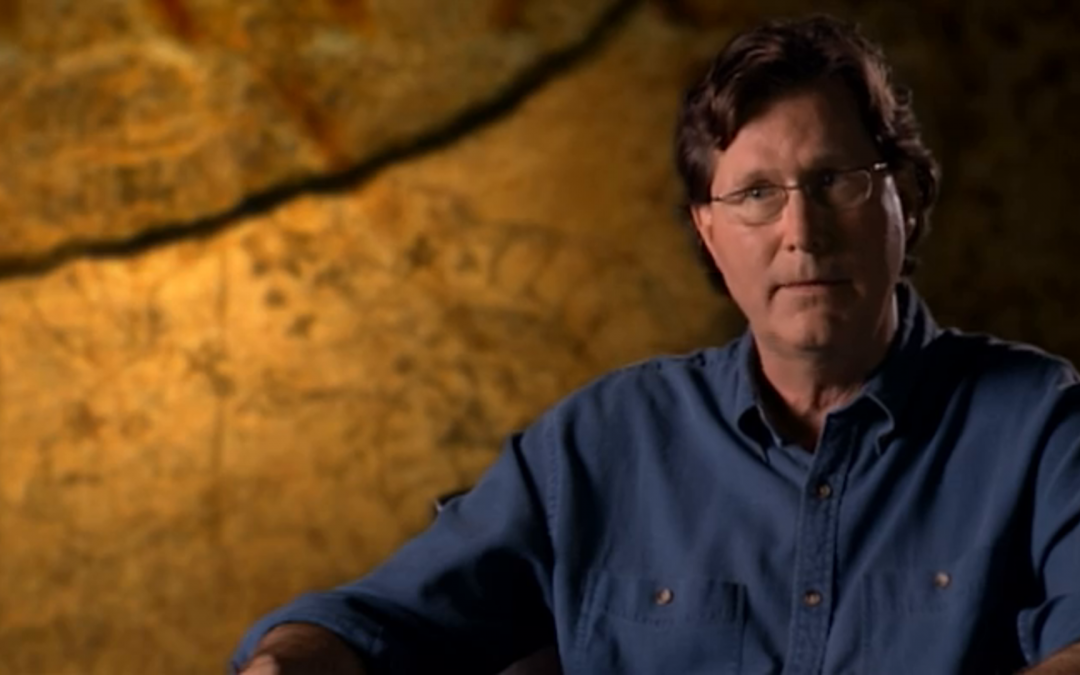 I first ‘met’ Rick Larson when I interviewed him for the DVD release of his presentation, THE STAR OF BETHLEHEM. I was fascinated by his research and watching this DVD became a part of our Christmas tradition. Each year, I would contact Rick to see if there was anything new he wanted to share about the Star. I used some of the information from THE STAR OF BETHLEHEM in my Sisters of Lazarus series as well as THE CARPENTER AND HIS BRIDE.

Below is from an article I wrote about Rick’s documentary for the entertainment online magazine BuddyHollywood.

Scholars debate whether the Star of Bethlehem was a legend created by the Early Church or a miracle that marked the birth of Christ. Is it possible that the star was a real, astronomical event?

While researching the birth of Christ in preparation of teaching a class for his church, attorney Rick Larson became intrigued by whether the star mentioned in Matthew’s gospel was an actual event.

This mystery sent Larson on an intensive search—using historical records and modern scientific research—for the truth. The results of his research are presented in a critically acclaimed DVD documentary, THE STAR OF BETHLEHEM—from Producer Stephen McEveety of MPower Pictures (The Passion of the Christ) and Mite Productions—as well as in live presentations.

THE STAR OF BETHLEHEM is a breath-taking presentation, exploring the exciting truth of Scripture and revealing the evidence for God’s existence as seen in the stars above. Rick Larson walks audiences through biblical and historical clues revealing the incredible significance of this celestial event as well as the vastness of God’s creativity.

When asked whether this research was verified by an expert, Larson shared an interesting story.

“During the middle of my research, I was outdoors looking up at the sky and the thought occurred to me, Rick, you’re not an astronomer. You’d better have your research looked at by an astronomer. I thought that was a good idea. The next night, the same thought occurs to me, and I think, Oh wait; this could be the Lord.

“The next day at work, I’m sitting at my desk trying to practice law, and the thought occurs to me again. I think, Okay, okay. I stand up because I know I’m supposed to do something right now. I’m thinking, Where do I find an astronomer? I grew up in Los Angeles, so I thought I would call the Griffith Observatory. I was in the process of getting that phone number when my phone rings. This is exactly how it happened.

“There’s a guy on the other end of the line. His name is Roger; I wouldn’t call him a friend, I’ve never had a meal with him or anything like that, but he knows me. He says, ‘Rick, what would you think about having an astronomer look at your program?’

“I do the presentation for him privately in my office. He’s up and down like a Jack-in-the-Box, telling me this and telling me that. Which is fine, because that is what I wanted him for; if I’m doing something wrong, please tell me. In the second third [portion] of the presentation, he’s quieting down, and the last third, he’s saying nothing.

“I finished the presentation and left the final screen up. He’s staring at the screen, not saying a word, which felt rather awkward. I said, ‘Well, what do you think?’

“So, my research has been vetted at the highest level. What I am doing is not disputable on facts. It’s like a connect-the-dot picture. You can connect the dots and choose not to see the ducky on the page. It’s like that; you’d have to make a mental effort not to connect these dots once they’re laid out. It’s obvious there’s order here, it’s obvious that God did something for us to find. All of the astronomers that have looked at [the presentation] are fascinated, because they’ve never seen a story told in the stars.”

Since his first public presentation, Larson has spoken to tens of thousands of people around the country and across the globe, including several large universities in China. Interviews with Larson or streaming of THE STAR OF BETHLEHEM has been seen on multiple television networks, including ABC, CBS NBC, CBN, PBS, EWTN and FOX NEWS. A team from TBS flew from New York to interview Larson in his home, and BBC flew a team from England to do the same.

There are no signs of the popularity of Larson’s presentation diminishing. It has repeatedly been the Number One independent documentary in the world. “Those lists change weekly or even daily, and it doesn’t mean quite as much as it sounds like it means,” Larson explained. “It just means there is a big rush of sales; there will be a rush for a few weeks, and you’ve made Number One. But the fact that it’s done that a few times and the fact that it has done that on Amazon several times tells me that it’s good stuff.” With all the purchases, the live presentations and the video streaming, Larson estimates that over 100 million people have seen the THE STAR OF BETHLEHM.

After the popularity of THE STAR OF BETHLEHEM, Larson was inundated with questions about what he was going to do next. “There was pressure to do something about the Second Coming and star signs that might indicate it,” he said. “I felt absolutely no peace about that at all; if I knew something, I didn’t feel comfortable getting into that arena. Another group of people wanted me to do something on the stars and the Jewish festivals. Those festivals are lunar, so there are signs; but to me, that area to me is saturated.”