THE SONG THAT BIRTHED “BEAUTY UNVEILED; SISTERS OF LAZARUS, BOOK ONE” 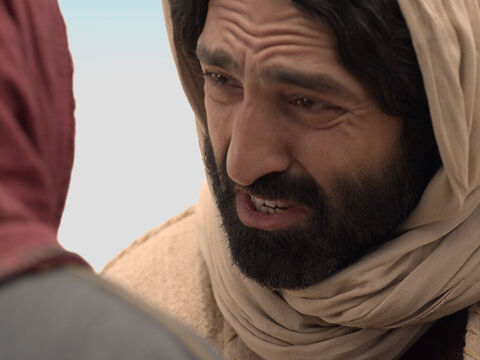 “Where did you get your inspiration for your story?”

This probably ranks as one of the most frequently asked questions during author interviews, and for a good reason. As a reader, when I learn what sparked an idea behind a novel, it gives me a deeper appreciation for the story.

I have always been drawn to the story of Lazarus and his sisters. While it might seem obvious that the main story for BEAUTY UNVEILED; Sisters of Lazarus, Book One, [formerly known as SISTERS OF LAZARUS; Beauty Unveiled] was drawn from the Gospel, there was something else that, for me, brought the biblical story to life.

In 1982, the Contemporary Christian Music group Harvest [Jerry Williams and Ed Kerr] released Because I Am on their album, “It’s Alright Now.” With rich vocals and sweeping music, the song related the dialogue between Mary and Jesus outside the tomb of Lazarus.

As I listened to this epic song, the story resonated within me. I could see Mary falling at the feet of Jesus, crying out her grief for the loss of a beloved brother, and Jesus reminding her of ‘all the words that I have said.’ Over the years, whenever I read the story of the raising of Lazarus in the Bible, I would remember that song.

After I signed the book contract for BEAUTY UNVEILED, Sisters of Lazarus, one of the first things I did was to pull out the album—yes, I still have it on vinyl—and listen to that song. Even with the skips and scratches of a decades-year-old record album, the song was just as powerful as the first time I heard it. Every day before I began writing the manuscript for my novel, I would listen to that song.

When I began working on the marketing for my book, I emailed EPIC Ministries, Inc., the interdenominational, evangelistic, and discipling ministry that Jerry Williams and his wife Donna founded. I told them how Because I Am had impacted the writing of my new novel and asked if I could share an official music video of the song.

Donna replied and explained that while there was not an official music video, there were several YouTube versions of the song from Harvest fans, and I had their permission to share any of them.

In 2022, Authentic Media returned the rights to SISTERS OF LAZARUS: Beauty Unveiled to me. The novel has joined the other two books in the SISTERS OF LAZARUS series and has been re-published as BEAUTY UNVEILED; Sisters of Lazarus, Book One from WordCrafts Press.

[Photo from “The Chosen” used by permission from www.LumoProject.com]